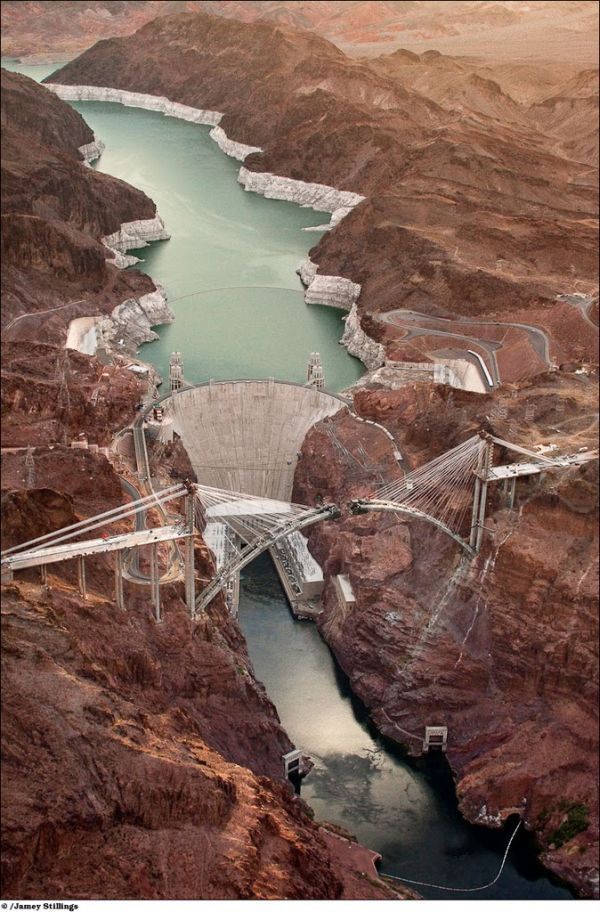 Hoover dam is America's most famous landmark, completed in 1935. This great American icon was to be the largest and heaviest dam, producing the largest amount of Hydro electric power in the world.At the time of construction (1935), Hoover Dam was the largest in the world and although long since surpassed it is still an amazing structure and a marvel of engineering


21000 men took part in its construction and of them 112 laid their lives to complete this megastructure. Though its not the superior dam today but still most famous, iconic and greatest dam ever built. Situated in Mojave desert, 30 Km south-east of Las Vegas. a huge, curving wall of plain concrete 660 feet thick at the base and 726 feet high set between the vertical walls of Black Canyon, accompanied by strangely-angled pylons, cables, power generating plants and other machineryBuilt on Colorado River at Black Canyon, the construction site was extremely difficult.Hoover Dam is 221 m high, 201 meters thick and 3.4 million cubic meters of concrete has been used in it.In 1955, the dam was selected as one of the Seven Modern Engineering Wonders in the USA by the American Society of Civil Engineers, and it is was later designated a National Historic Landmark. Also known as Boulder Dam, the usual name commemorates the 31st president Herbert Hoover, who was in office during the start of the project. 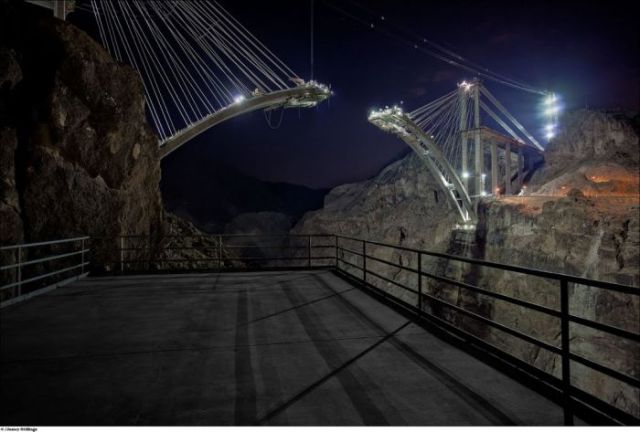 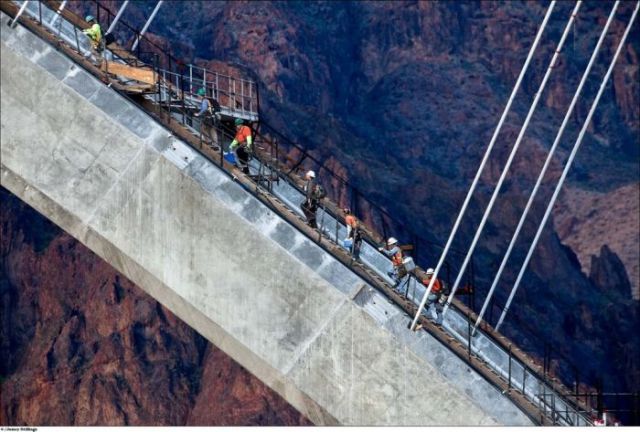 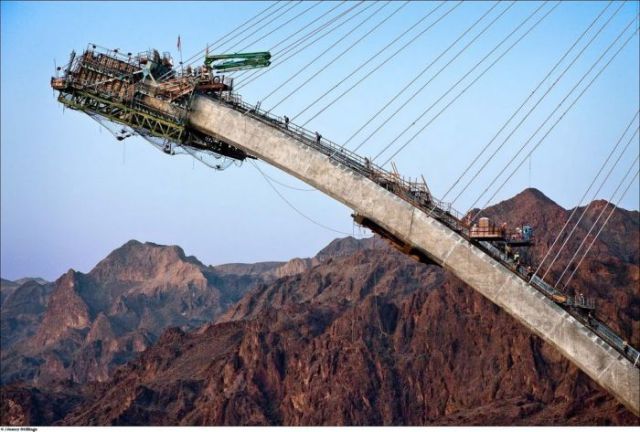 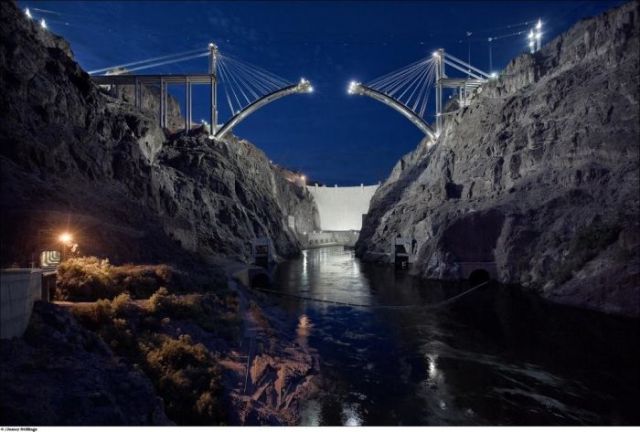 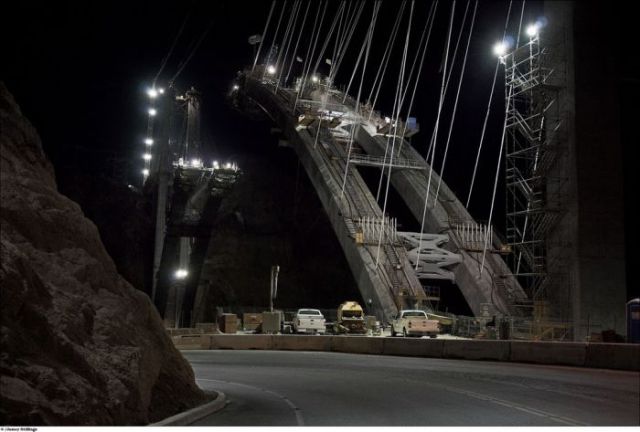 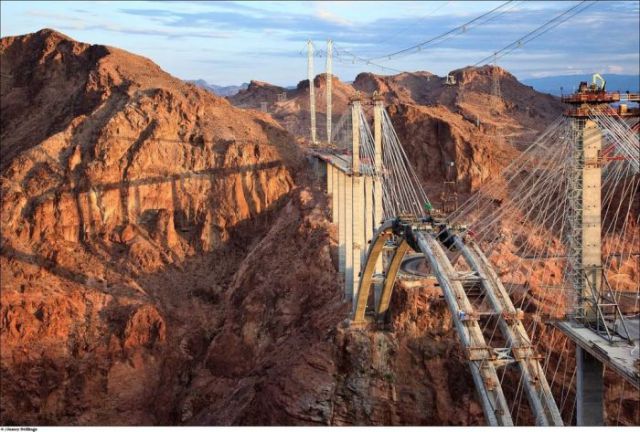 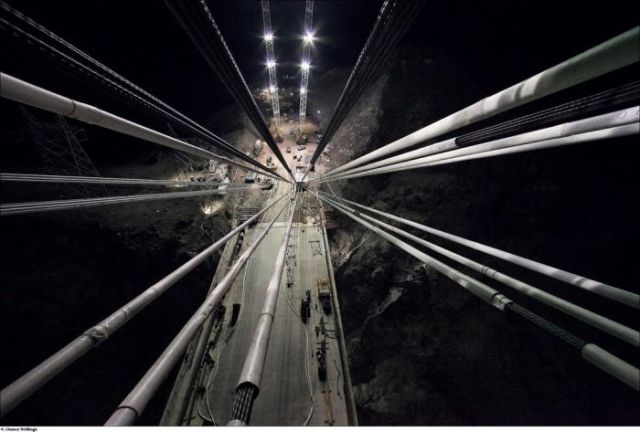 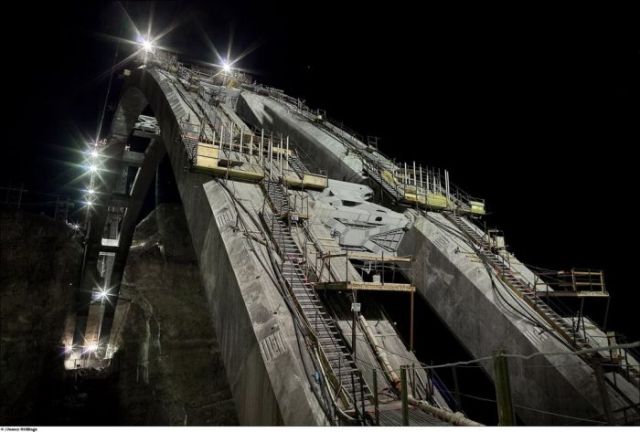 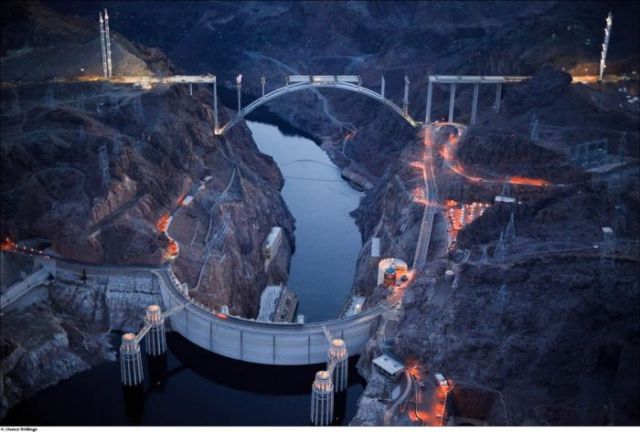 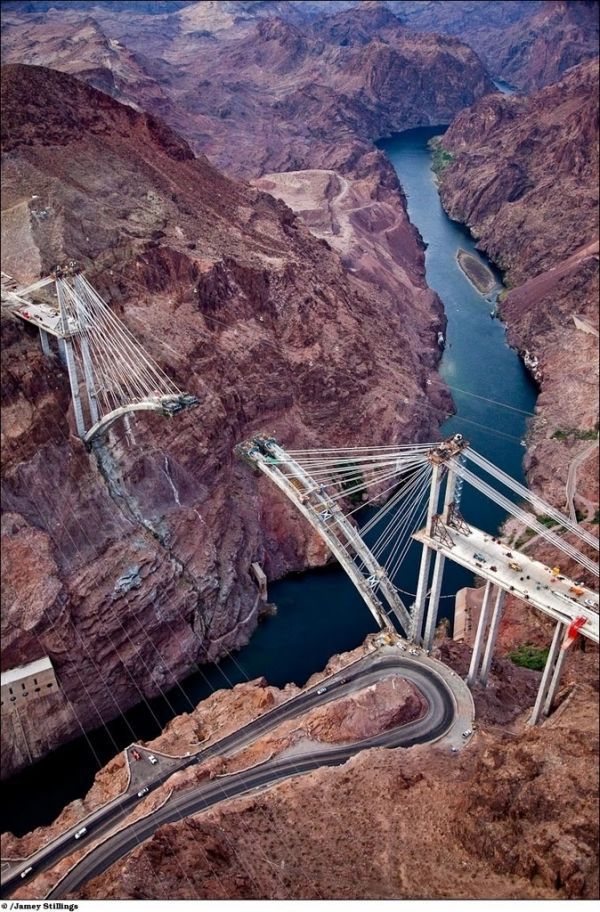 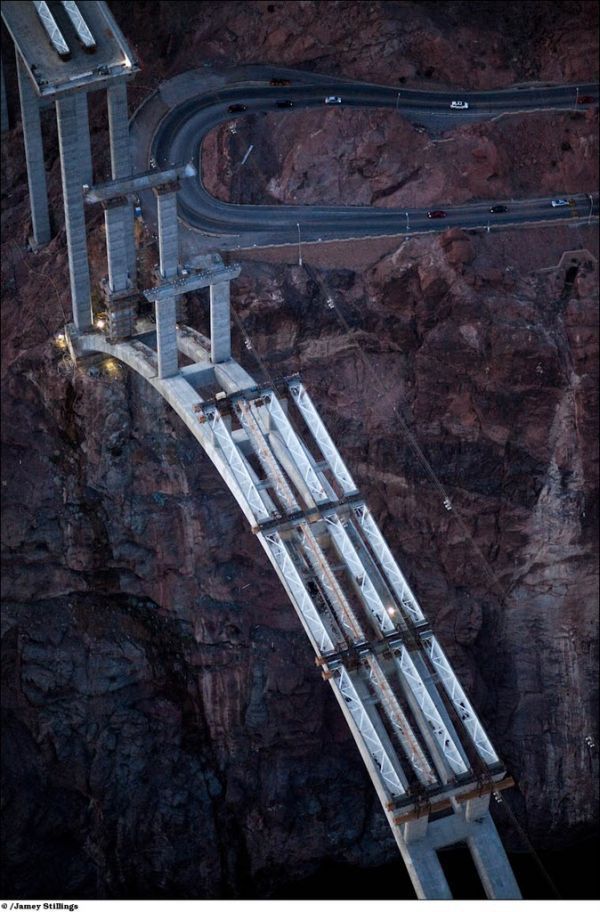 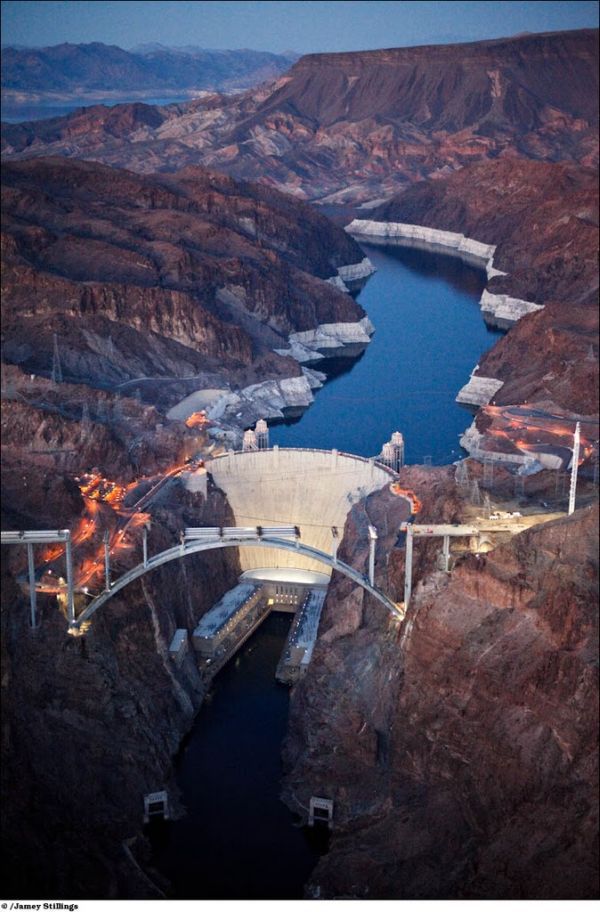 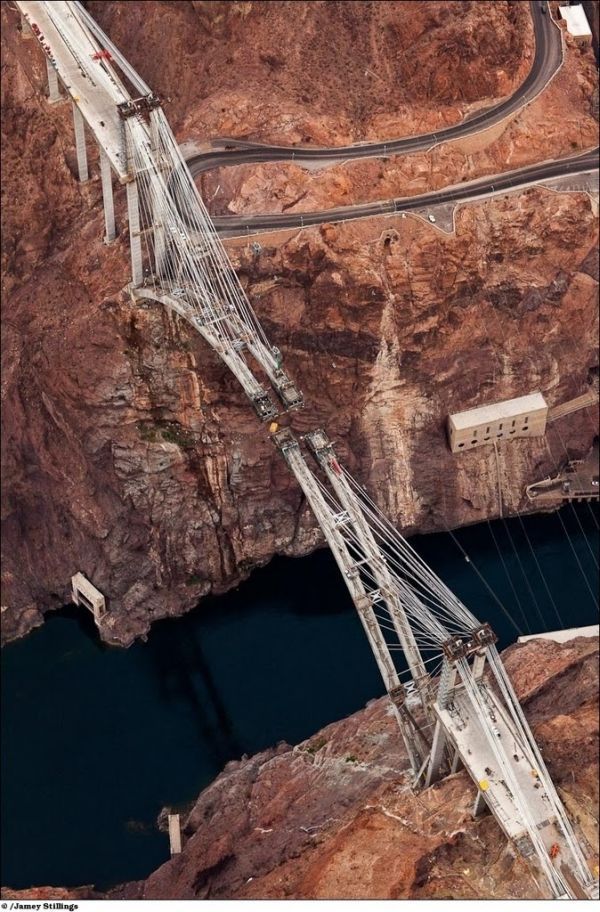 Colorado, worlds one of the most powerful and unpredictable rivers, would break its banks in every spring and flood the area. The Government instructed the Bureau of Reclamation to come up with a solution and they decided to build world's largest dam. The site chosen for the megastructure Hoover Dam was Black Canyon. It is an 800 ft high deep gorge through which the river flowed. The spot, Black canyon is in the middle of the desert, so there was no infrastructure, no labors, no transportation and the weather too was harsh. 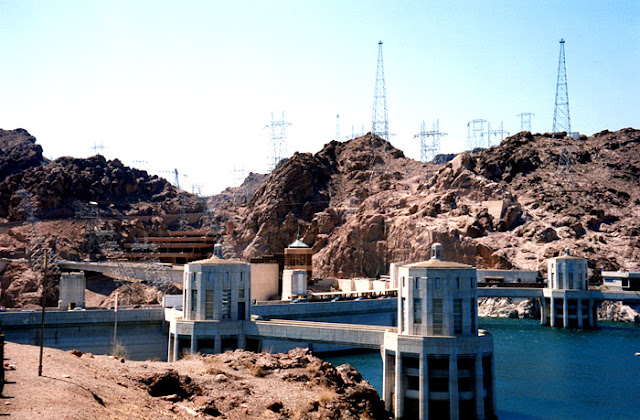 Frank Crow, was the Chief Engineer of Hoovered Dam and was assigned the job to get it completed in the span from 1931 – 1935. The construction of Hoover took 7 years at a cost of $ 125 million. Nowadays this amount is about 788 million pounds. If the dam was not completed in the given time it would have cost the contractors $ 3000 / day in financial penalties. 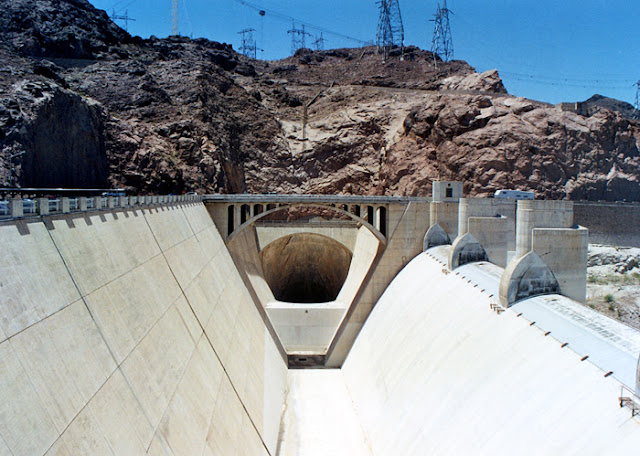 Lake Mead
6.5 years to fill (A slow filling process was required to lessen the pressure change on the dam and to help prevent small earthquakes due to land settlement.)


Largest man made reservoir in the United States 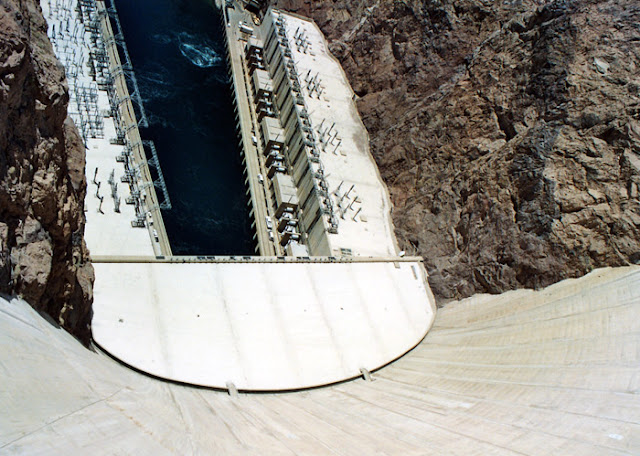